The largest European economy is starting to slow down, which will have consequences for supply chains and manufacturers in developing countries.

Germany putting on the brakes

Europe’s largest economic power and the world’s third largest supplier, is clearly slowing down. It is still too early to speak of a German crisis, although experts are noting its first symptoms. An important warning signal came in the spring of this year when the Federal Bureau of Statistics announced the results of foreign trade in May. To the surprise of experts and the business community, for the first time in 30 years(!) a shortfall in foreign economic turnover has emerged.

Let’s begin with an issue that is of interest to manufacturers and managers organising deliveries in their companies: whatever happens on the German market, freight prices should not be expected to fall as a result. Although the local market absorbs a huge portion of the world’s supply each year and is itself one of the largest suppliers, the demand for capacity on the European market is enormous. – The current situation of global trade will result in a natural redirection of supply chains to emerging markets, e.g. Romania, Bulgaria and Croatia, believes Rafal Jablonski, CEO of System Transport logistics company.

Producers are slowing down

Germany is also a large market for not only finished products, but also energy raw materials, metal ores and components for industrial production. And here we come to the core of the German economy’s problems. One of the most important reasons for its deceleration is the war in Ukraine and the disruption of important supply chains. (For example, the suspension of production of neon needed in the manufacture of processors has limited the work of MAN and other German automotive manufacturers). A real challenge for the German locomotive is, of course, the energy crisis related to the interruption of oil and gas supplies from Russia.

– German manufacturers, especially the automotive industry and its suppliers, are reducing capacity, consolidating locations, changing working time models to reduce production costs and, thus, follow the trend of falling orders – confirms Guido Kuckartz, Business Development Director at Trans.eu, logistics market expert in Germany. The long-term consequences of the war in Ukraine and previous lockdowns (it is uncertain what will happen with the current wave of pandemics) are aggravating German inflation, which in recent months has already reached – according to various counting methods – 8.5-9%.

This situation is already being felt strongly by German carriers. As recently reported by the Federal Association of Road Transport, Logistics and Utilisation (BGL), only in the first few months of this year, the costs of the associated transport companies increased by 34%, and yet they continue to grow. BGL primarily brings together small and medium-sized companies, and these are in a particularly difficult situation because, given their small fleets, they cannot afford downtime and are more vulnerable than large companies to a shortage of drivers (the loss of even one driver turns the operation of the entire company on its head). Furthermore, unlike the large operators, they do not have a financial cushion.

Economists recall the so-called European banana area, in which industrial production is concentrated. – This area includes southern UK, Benelux, western Germany, eastern France, Switzerland and northern Italy. If industrial production is declining in these countries, it is simply necessary to reduce the fleet and not to consider other markets, as there are simply no alternatives, believes Wroński. While not everyone shares his view on the lack of transport alternatives, there is no doubt that the need for capacity in Europe’s largest economy will decrease. Which, as we mentioned earlier, does not significantly change the forecasts for freight rates in Europe. They will remain at high levels because demand exceeds supply many times over. That’s the basic law of economics. 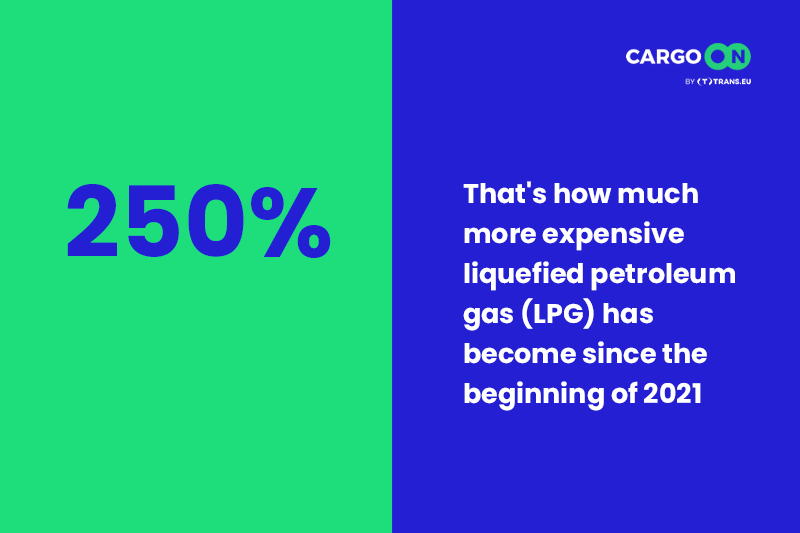 We inform you that this site uses own, technical and third parties cookies to make sure our web page is user-friendly and to guarantee a high functionality of the webpage. By continuing to browse this website, you declare to accept the use of cookies. Privacy policy